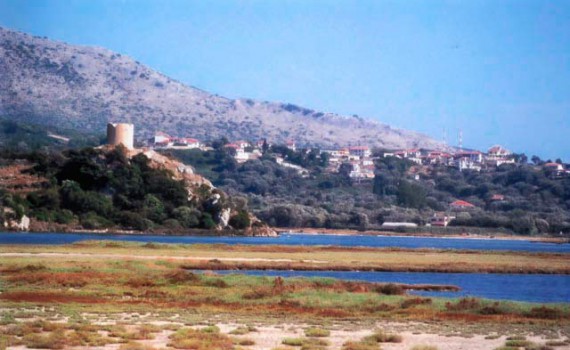 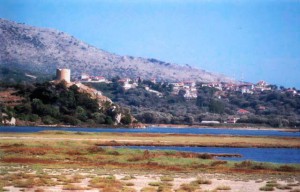 The first visit is to the ancient city of Kekropoula, part of Paleros municipality and a place where King Kekhropa once ruled. These ancient monuments serve as a reminder as well as other ancient ruins of Kekropias, like the castle of Kechropoula. One can also see the gate tower of the double enclosure of Akamaniki town. Further recent archaeological diggings have revealed the particular importance of the discovery of the ancient city of Kekropia. Objects of historical value can be seen on display. There is no entrance fee.

We can visit the ancient site of Sterna which is also part of the municipality of Paleros. It can be found near the old slope. It is here that can see the slopes Kastelia, which was probably part of Sternas fortification. Finally one can see te slopes Venetian Castle ‘’ST George’’ built at the end of the 17th Century, and listed since 1998.
The hill where the castle is built is believed by Dopfield to be classical Nirikos.

We then visit the ruins of the old village of Peratia, a village which was destroyed during an earthquake.Now one can still see remands of 18th century architecture and as it is considered to be one of the oldest villages in the area.
You will step back in time as you see the partely demolished houses which to this day remain intact.
Small hidden paradises and treasures passed down from generation to generation giving one the chance to discover the unknown ,yet genuine spirit of the town.
On the way back have something refreshment in a beautifully traditional coffe – bar then we get to see Cleopatras bridge.

At the foot  of the Acarnanian Mountains or Tsirika as it is often called, by the locals, settles  St.Dimitrios  Monastery.
Dating back to the 16th Century this place reeks of history and religions significance.
They say that the little church in the folds of the Monastery was almost destroyed be fire. The charmed ceiling is testimony to this. Behind the little church one can see the huge boulder rock. There is only a cement plate between the rock and the church. Legend has it that the rock fell from the mountain top and it was only by a mirage that the church was saved from being demolished. In the fact they say that Saint Dimitrios stopped the boulder from destroying the church. Thence the Monasteris name.

The people of Paleros also hold the Monastery in the high regent, as they consider it to be the protector of Paleros and its people.
Nature lovers can also find satisfaction by visiting the area, as the journey leading up to the Monastery hides numerous wonders. For instance-One can smell the fresh oregano and thyme that perfumes –aromatizes-the Paleros countryside.